Leaving your home behind in search of new beginnings – it’s an exciting prospect, sure, but it’s also one that can be overwhelming and scary.

It can be comforting to know that it’s a road travelled by others before, and with great success. For those searching for a bit of inspiration, let’s take a look at five inspiring Australian immigrants, whose inspirational stories might serve as a blueprint for your own success Down Under.

Fleeing war-ravaged Vietnam, where much of his family had been imprisoned by the Viet Cong, a three-year-old Anh Do spent five days on a tiny, leaking fishing boat which was twice attacked by pirates. After being rescued by a German merchant ship, Australia eventually took the Do family in.

Do grew up to make the most of his opportunity. He bred tropical fish at 14, developed and franchised an artifact business while at uni, and eventually turned down a career in business law to become a stand-up comedian. He has since become one of Australia’s most loved entertainers, combining comedy with TV presenting, painting and writing (his autobiography, The Happiest Refugee, is an award-winning bestseller.)

His older brother Khoa, a screenwriter and director, also realised incredible success, being named Young Australian of the Year in 2005.

One of the most popular and respected men in world football, broadcaster and analyst Les Murray brought the beautiful game to Australian homes over the course of four decades. Growing up in soviet-occupied Hungary, the Ürge family, who anglicised their name to Murray, fled to Australia in 1957 for a better life.

Beginning in 1971, Murray would become the face and voice of Australian football, which grew greatly in popularity thanks to his hard work. When he finally passed away in 2017, he left the sport in a far healthier state than he found it, with Australia having gone to four successive World Cups.

Born in Czechoslovakia, by his teenage years the Jewish Frank Lowy was being forced to live in a Hungarian ghetto. Making it out of the war alive, he first fled to France, then moved through Cyprus, Palestine and Israel, before finally joining his family in Australia in 1952.

Lowy started a business delivering small goods a year later, and thanks to his entrepreneurship this company would eventually turn into the Westfield, a shopping centre empire worth $40 billion. One of Australia’s richest people, the now 90-year-old Lowy is also known for his philanthropy, and his work in resurrecting Australian soccer, which he did alongside Les Murray.

Tan Le became a refugee at the age of four, when her sister, mother and grandmother huddled together for five days and nights, floating in the South China Sea on a vessel disguised as a fishing boat. Fearing pirates, rape and death, Le’s mother carried a small bottle of poison around her neck. Making it to Melbourne, Le grew up an outsider in the city, though the feeling of not quite fitting in only served to strengthen her resolve.

Her activism for the less fortunate saw her named Young Australian of the Year in 1998, though this would only be the beginning of her success. She turned into a hugely successful tech entrepreneur, with her company Emotiv specialising in electroencephalography (EEG) headsets. She told her powerful story at a TEDx event, which you can check out here.

Karl Kruszelnicki was born in Sweden in 1948 to Rina and Ludwik, Polish holocaust survivors who long hid their history from their son. When Kruszelnicki was two years old the family was set to migrate to the US, but with the young child falling ill, they instead boarded the next boat, which went to Australia.

While he tried on many professional hats, including paediatrician, the one that fit best was that of scientist. Dr Karl, as he is now known, has become Australia’s pre-eminent science communicator, appearing on youth radio station Triple J for 40 years, authoring dozens of books, and winning endless accolades.

A land of opportunity

While most migrants don’t arrive on Australian shores with much, they hold in their hands endless opportunity. Sure, success demands skill, hard work and no small amount of luck, but that luck is far easier to find in a place that calls itself the lucky country.

Will you be added to this list in years to come? The future is in your hands. For those looking to take the first step and get to Australian shores, Four Corners is ready to help.

The General Skilled Migration Program is based on skilled professionals[...] 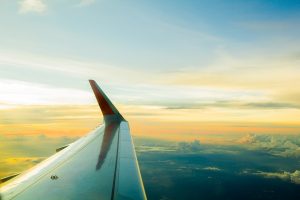 Pathway to permanent residency for retirees

Pathway to permanent residency for retirees If you are part[...]

Leaving your home for an unknown and faraway land can be a...

All You Need to Know About Australian Work Visas

If you’re not a citizen of the country, you need to hold a...

Keep up with our latest posts

We're not around right now. But you can send us an email and we'll get back to you, asap.