Leaving your home for an unknown and faraway land can be a daunting prospect. You’ll need to assimilate into a new culture, build new relationships, and perhaps do all this while speaking your second or third language.

But there are likely good reasons behind your decision to move. The next question is where?

Australia calls itself the lucky country for good reason: statistically it’s one of the richest, safest and happiest countries on earth, and one that offers migrants the chance to build a life that may not have been possible in their homeland.

Let’s take a closer look at exactly what makes Australia such a desirable migration destination.

An opportunity to work

Australia boasts a developed first-world economy with endless opportunity for career growth. As of mid-2021 the national unemployment rate was a low 5% – as Australians say, in this country ‘if you want a go, you’ll get a go’.

In Australia you’ll get paid well, even if you begin your professional journey in an entry-level position. Here you’ll enjoy the world’s highest nationally regulated minimum wage, meaning that waiters, labourers, retail and factory workers can lead a better life here than pretty much anywhere else in the world. It’s no wonder Australia ranks so highly in the World Happiness Report, and that the country is home to four of the world’s 10 most liveable cities in 2021.

Understanding the benefits that diversity brings to organisations, Australian companies increasingly value outside perspectives. This sees migrant voices valued highly. Workers also enjoy great pension benefits, with employers paying an extra 10% in superannuation on top of their salary, which is set aside to enjoy when they retire.

Australia is home to one of the best health systems in the world. It is built upon a foundation of Medicare, Australia’s universal healthcare system, that guarantees all citizens get free or low-cost access to health services like GP visits, health emergencies, surgeries and hospital stays.

Many Australians then add a layer of private health insurance on top, to enhance their healthcare experience and add low cost access to any number of other services, like optical, dental and elective surgeries.

The result? Australia currently ranks 7th in the world for life expectancy. Here you can expect a healthy, happy and particularly long life.

Australia is world renowned as a study destination, attracting hundreds of thousands of international students to its shores every year. 43 universities dot the country, including five which rank in the world’s top 50.

The sheer number of international students means that Australian universities are incredibly multicultural places. Studying in Australia doesn’t just mean you’ll enjoy a high-end education, you’re also almost guaranteed to build a social circle, with students representing every corner of the globe. What’s more, many of the courses have been designed for those who may not speak English as their first language.

While the majority of the universities are concentrated in the capital cities, there are also a number of regional institutions dotted across the country. If you want a slice of the real Australia – and enjoy tropical beaches, red desert and animal-filled bush while you’re at it – a regional university can be a fantastic choice.

A place that Aboriginal and Torres Strait Islander peoples called home for tens of thousands of years, Australia has spent the last two centuries developing into one of the world’s most multicultural countries. Waves of migrants from Europe, Asia and Africa have helped turn Australia into a rich tapestry of cultures – a place where everyone can feel at home.

Multicultural Australia can be seen in regular community events, in the endless (and endlessly tasty) cuisine, and in the country’s continued commitment to international migration through its visa program.

The place to be

The decision to leave home is a scary one. But no matter which way you look at it, Australia offers compelling reasons to make the move. Between health, happiness, and a wealth of opportunity, Australia offers all migrants the chance of a better life.

And if you need help in getting to Oz, the friendly, expert team at Four Corners can make this process so much easier. Get in touch today 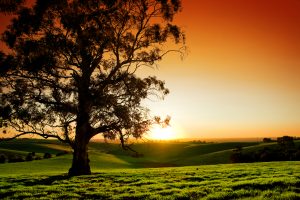 Did you know about the New Skilled Regional Visas?

The new skilled regional visas have come into force. They[...]

Employer Sponsored Permanent Residence 186/187 Changes – Where do you stand now?

2017 has seen unprecedented changes made to the Employer Sponsorship[...]

Leaving your home for an unknown and faraway land can be a...

All You Need to Know About Australian Work Visas

If you’re not a citizen of the country, you need to hold a...

Keep up with our latest posts

We're not around right now. But you can send us an email and we'll get back to you, asap.